For more than a week, a former federal prosecutor named Sidney Powell made the rounds on right-wing talk radio and cable news, facing little pushback as she laid out a conspiracy theory that Venezuela, Cuba and other “communist” interests had used a secret algorithm to hack into voting machines and steal millions of votes from President Trump.

So it came as most unwelcome news to the president’s defenders when Tucker Carlson, the host of a Fox News show and a confidant of Mr. Trump, dissected Ms. Powell’s claims as unreliable and unproven.

“What Powell was describing would amount to the single greatest crime in American history,” Mr. Carlson said on Thursday night, his voice ringing with incredulity in a 10-minute monologue at the top of his show. But, he said, when he invited Ms. Powell on his show to share her evidence, she became “angry and told us to stop contacting her.”

The response was immediate, and hostile. The president’s allies in the conservative media and their legions of devoted Trump fans quickly closed ranks behind Ms. Powell and her case on behalf of the president, accusing the Fox host of betrayal.

The backlash against Mr. Carlson and Fox for daring to exert even a moment of independence underscores how little willingness exists among Republicans to challenge the president and his false narrative about the election he insists was stolen.

Mr. Carlson is no ordinary Trump critic. He has been one of the president’s most aggressive defenders in prime time, especially when it came to standing up for Mr. Trump.He has also generally bought into the disproved notion that voter fraud is a widespread problem — a popular position with Mr. Trump and on Mr. Carlson’s network.

Mr. Carlson, no doubt aware that many in his audience, including possibly the president himself, would not like what they were hearing, walked a fine line on Thursday night. He insisted that he and his producers “took Sidney Powell seriously.”

He also tried to reassure his audience that he was on their side after all, explaining how he always kept an open mind about alleged cover-ups like the one Ms. Powell has promoted. “We don’t dismiss anything,” he said. “We literally do U.F.O. segments.”

Perhaps Sidney Powell has gone too far even for Rudy Giuliani this time.

The Trump campaign’s legal team has moved to distance itself from the firebrand conservative attorney after a tumultuous few days in which Powell made multiple incorrect statements about the election voting process, unspooled complex conspiracy theories and vowed to “blow up” Georgia with a “biblical” lawsuit.

“Sidney Powell is practicing law on her own. She is not a member of the Trump legal team. She is also not a lawyer for the president in his personal capacity,” Giuliani and another lawyer for Trump, Jenna Ellis, said in a statement on Sunday.

Trump himself has heralded Powell’s involvement, tweeting last week that she was part of a team of “wonderful lawyers and representatives” spearheaded by Giuliani.

There was no immediate clarification from the campaign and Powell did not immediately return an email seeking comment. 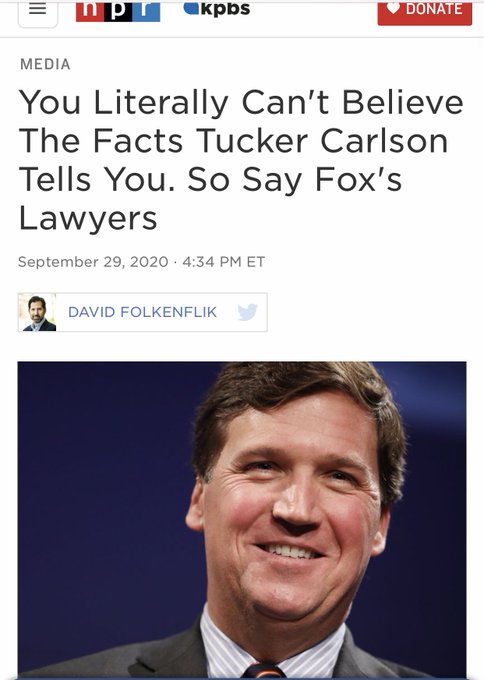 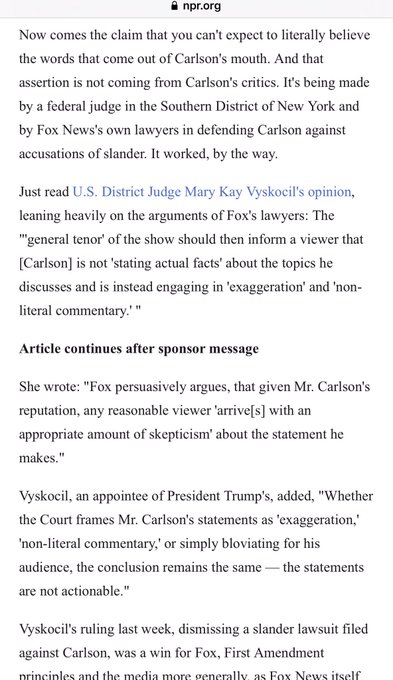