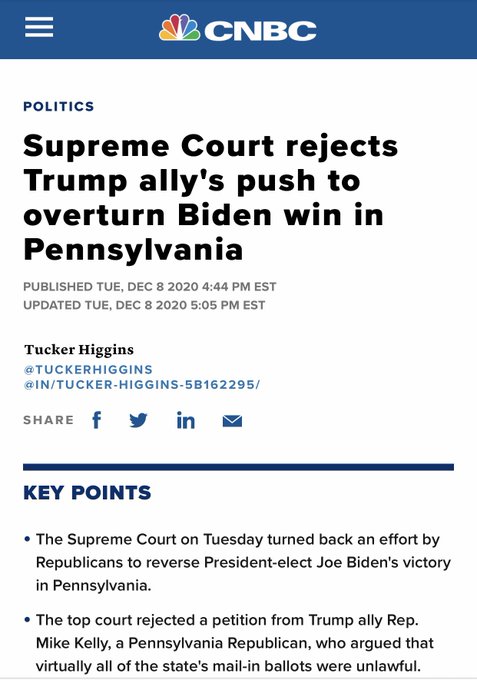 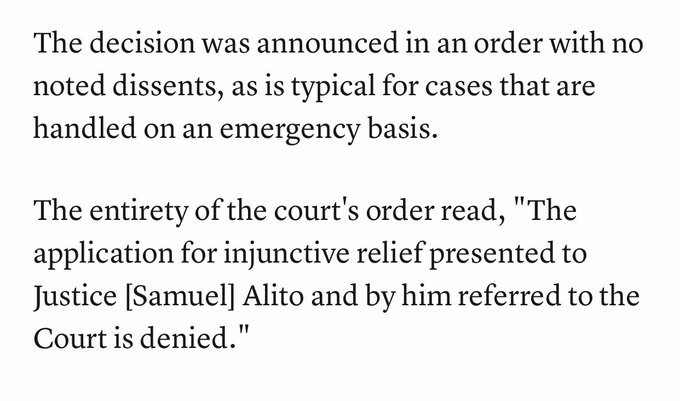 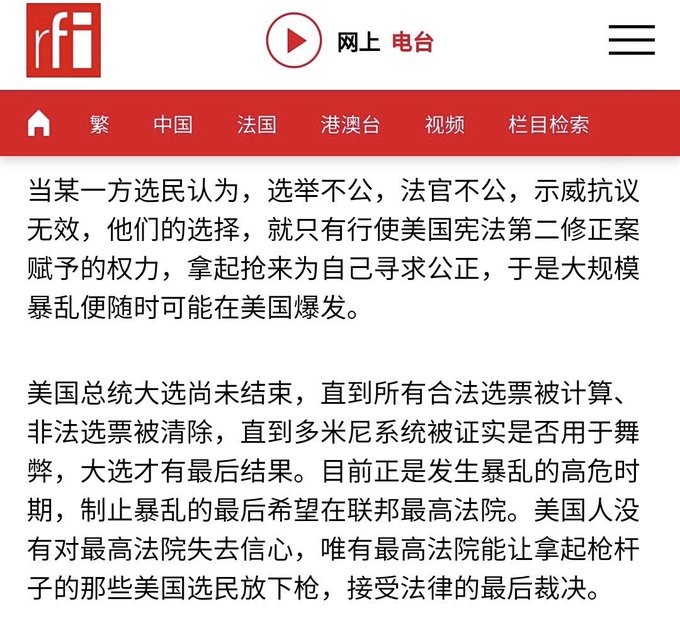 WASHINGTON — The Supreme Court on Tuesday refused a request from Pennsylvania Republicans to overturn the state’s election results. The justices said they would not block a ruling from Pennsylvania’s highest court that had rejected a challenge to the use of mail ballots in the state. The Supreme Court’s order was all of one sentence, and there were no noted dissents.

The request that the Supreme Court intercede had faced substantial legal hurdles, as it was filed long after the enactment of the challenged statute that allowed mailed ballots and was based on questions of state rather than federal law.

In late November, the Pennsylvania Supreme Court ruled against the plaintiffs, led by Representative Mike Kelly, a Republican, on the first ground, saying they could have challenged a 2019 law allowing vote by mail for any reason more than a year ago.

“At the time this action was filed on Nov. 21, 2020, millions of Pennsylvania voters had already expressed their will in both the June 2020 primary election and the November 2020 general election,” the court said. “Petitioners failed to act with due diligence in presenting the instant claim. Equally clear is the substantial prejudice arising from petitioners’ failure to institute promptly a facial challenge to the mail-in voting statutory scheme, as such inaction would result in the disenfranchisement of millions of Pennsylvania voters.”